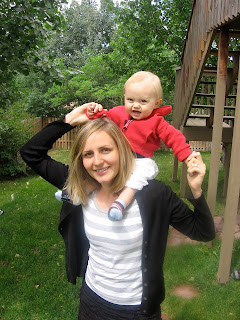 
Cystinosis is a rare genetic disease that affects approximately 500 children and young adults in the United States.  It is a metabolic disease in which the amino acid cystine gets trapped inside cells because of a defective transporter protein.  Cystine crystallizes in the cell, causing cell death.   This process slowly destroys the organs in the body, including the kidneys, liver, eyes, muscles, thyroid and brain.

Cystinosis is an autosomal recessive genetic disease, meaning that both parents are carriers of the abnormal gene that leads to the condition.   Parents do not exhibit any of the symptoms of cystinosis.  In such couples, the odds that each child will have cystinosis are 1 in 4.  My father's sister has two children with cystinosis and three unaffected children.

Cystinosis is the most common cause of Fanconi syndrome, a kidney disease.  Patients are unable to reabsorb electrolytes and minerals from the urine that is filtered in the kidneys.  This results in loss of large volumes of urine, salts, minerals and glucose. The first signs of cystinosis are usually severe dehydration from excessive urination, as well as vomiting and growth failure.  Patients also develop severe electrolyte abnormalities, including low potassium, which causes muscle weakness, lethargy and can lead to cardiac arrhythmias and death.  Loss of phosphorus in the urine leads to rickets.

After one year of age, cystine crystals develop in the cornea and cause a severe sensitivity to light (photophobia).  In time, patients can develop problems such as hypothyroidism, severe muscle wasting and central nervous system complications. These children have normal intelligence, but often have problems with short-term visual memory.  Many have poor GI motility.

Without specific treatment, children with cystinosis progress to end-stage kidney failure by an average age of nine years.  In the past, this meant death.  Today most patients can receive kidney dialysis or transplantation, but even with successful transplantation, the disease continues to destroy other organs.

Fortunately in 1994 a drug called cysteamine (Cystagon) was approved for cystinosis.  This drug slows the progression of the disease by removing cystine from the cells, but it must be taken every six hours, including during the night.  The drug has unpleasant side effects, however, including a foul odor and hypersecretion of gastric acid, leading to gastrointestinal distress.  These side effects and the every six-hour schedule lead to poor medication compliance.  Even with perfect compliance, however, the disease continues to progress.  Cysteamine is not a cure.

Before Sam's diagnosis our pediatric nephrologist thought he might have Bartter's Syndrome, which has similar symptoms at this age. Sam's main symptoms were excessive urination, excessive thirst, poor weight gain, vomiting, constipation and general weakness. When the doctor examined Sam's blood work he had very high levels of aldosterone and renin, with correspondingly low potassium, sodium and phosphate. Two weeks ago the doctor started him on salt supplements for the latter three. Since then Sam has stopped throwing up, is no longer constipated and has a lot more energy. He has been drinking Pediasure for the last month or so for weight gain, but he was throwing up too much of it to actually get anywhere. In the last two weeks, with the help of the salt supplements, Sam has gained a full pound! This is a major breakthrough, since he hasn't gained weight since December. At 15.7 pounds, he's still off the charts low for a one year old, but we're hopeful that he'll catch up now that he's getting treated.
Posted by stevesie at 7:24 AM

Email ThisBlogThis!Share to TwitterShare to FacebookShare to Pinterest
Labels: cystinosis