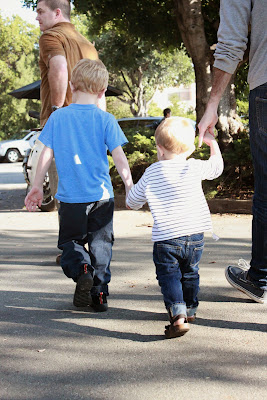 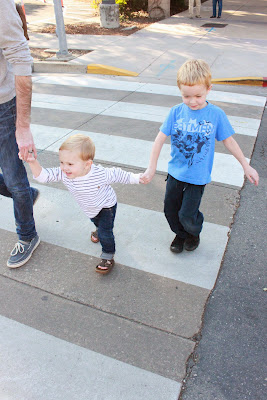 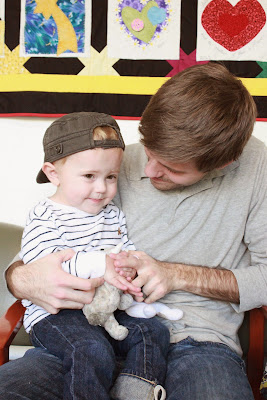 Sam started a new drug back in November.  It's called by its development name, RP103,  because it's still not on the market.  It's a new and improved version of cystagon, a drug Sam has been taking since his diagnosis in July of 2010.  Cystagon is a miraculous drug in that it has prolonged the lives of many cystinotic patients, but it is loaded with unpleasant side effects that make compliance a big problem.  It is very harsh and irritating to the stomach, and can even cause ulcers.  The most common report is nausea and vomiting, which Sam has definitely experienced, often on a daily basis.  It smells like sulfur, and the hallmark odor is exuded through the skin, sweat glands and mouth, causing relentless bad breath that ranges from creamed corn to old fish.  Another problem is that it is a six hour formula, and it has to be dosed exactly every six hours to get maximum benefit.  That means waking up in the middle of the night or very early in the morning.

The beautiful thing about RP103 is that it bypasses the stomach.  It is the same drug as cystagon, but it is coated in little white beads that are resistant to acid.  This means it cruises through the stomach without any activation.  The beads don't dissolve until they reach the small intestine, which is flooded with alkaline juices from the pancreas.  This means none of it is absorbed in the stomach, which markedly reduces the side effects of nausea and vomiting.  Since Sam has started the drug, he has thrown up a lot less, especially at night. Another benefit to the delayed absorption is the reduction in odor.  RP103 is also a 12 hour formulation, so we only have to give it to him twice a day, morning and night.

RP103 is developed by Raptor Pharmaceuticals, in partnership with the Cystinosis Research Foundation.  They have graciously enrolled Sam in a phase 4 trial.  They completed the phase 3 trial earlier this year, but the FDA did not approve the drug because there was not enough data in patients under 6 and in patients with kidney transplants.  We heard from our friends the Sturgis family that their boy Henry was getting enrolled.  Ashton got on the phone and was put in touch with Xiaoxiao, the study coordinator at Stanford.  He was excited to get Sam on the study, and within a day we had flights, hotel and a rental arranged.

We flew out to San Jose, California on Wednesday, November 9th, and found our way to Stanford Medical Center.  That day we did the full screening visit, including a physical exam, blood work and a 12 lead ECG.   Of all the things Sam had to go through, the ECG was the most traumatic.  He just doesn't like being held down.  Luckily Henry was there to show him how to be brave.  We spent the rest of the weekend with the Sturgis family, hitting up San Francisco and the Academy of Science Museum there.  Sam and Henry get along so well they could be brothers, and they even look it.

Sam started the new drug on Friday, November 11.  It was an unexpected challenge to give it to him because all the beads clogged up his tube.  We had to change out his 90 degree tube for a straight shot tube that has a wider diameter, and it took about a half hour and a LOT of orange juice to get it in.  Getting the new drug into Sam's G-tube was pretty stressful, and Ashton had to do it alone for a few days because I had to fly home early for an exam.  When she got back we finally figured out, with the help of Raptor and the Sturgis family, that apple sauce is the magical solution.  We mix all the beads in about 30 ml of apple sauce and then ram the suspension through Sam's tube.  Because the beads are suspended they can't aggregate, so we can even use Sam's 90 degree tube for delivery.  The apple sauce has been a lifesaver.

The only other major con is that the new drug has to be given on an empty stomach, which means no feeds for two hours before.  Then you are supposed to wait a half hour to eat, because that's about how long it takes for the stomach to empty.  The drug is not absorbed well with dairy products, so we have to be extra careful with his Boost formula.  Sam's stomach doesn't empty very quickly either, so we wait 90 minutes before giving him food again.  That means we have to try extra hard to keep him hydrated since he has to go so long without his feeding pump.
Posted by stevesie at 9:57 AM 1 comment: