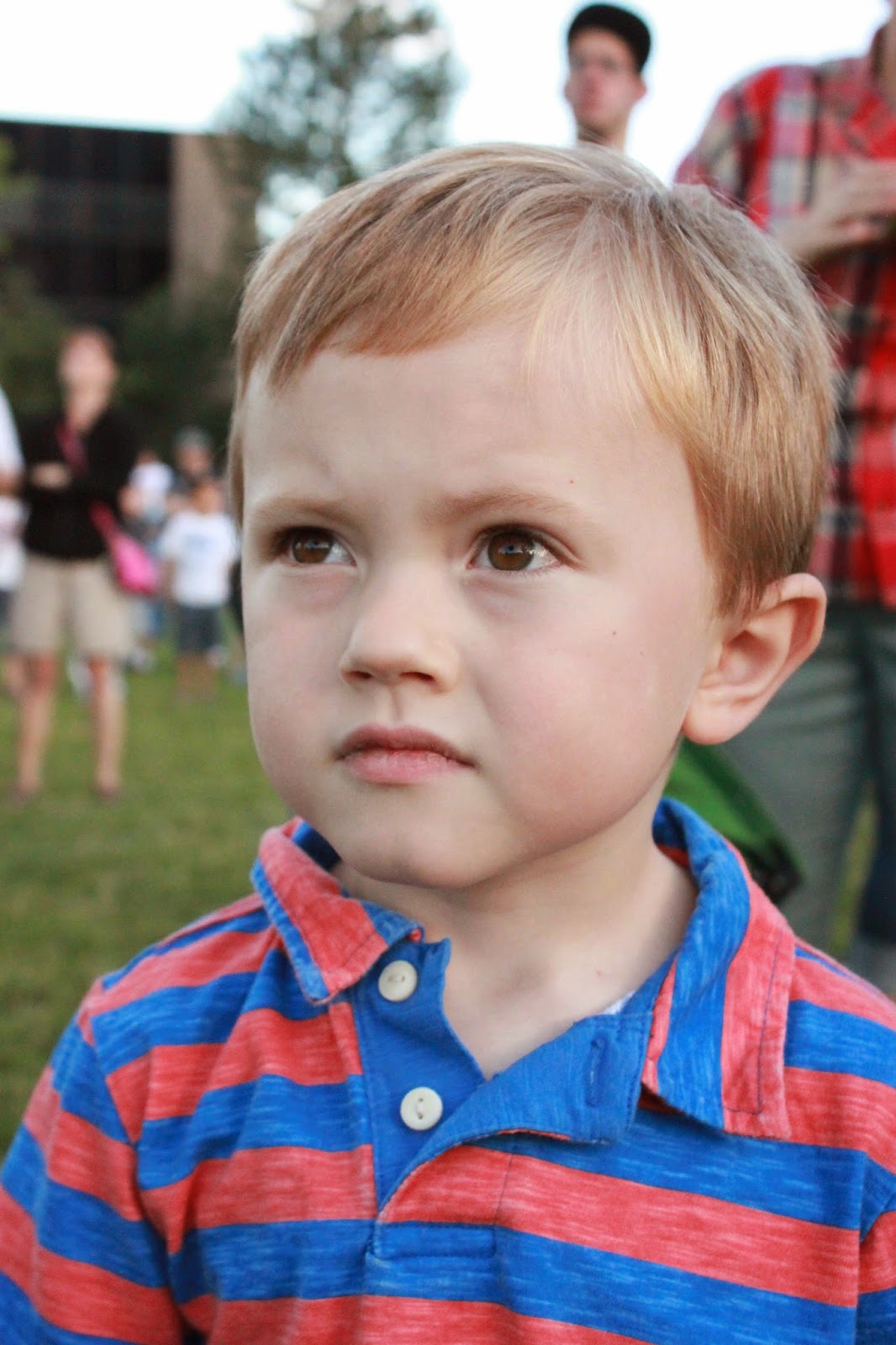 On Thursday we met with our nephrologist.  He spent about an hour going over his thoughts and what the plan is from here.  He is just as baffled by the diagnosis of membranous nephropathy as we are.  He sees it in adolescents, but not in kids Sam's age.  He is fairly confident it's an autoimmune process in Sam.  We are still waiting for the phospholipase A2 antibody test to come back, but he doubts that this is the real problem in Sam.  He thinks it's a drug.

What drug?  The one that is supposed to be prolonging Sam's life by helping get cystine out of the lysosomes.  Cysteamine, also called Cystagon (the short-acting 6-hour pill that Lars is on) or Procysbi (the long-acting $350,000-a-year drug that Sam is on) has a sulfhydryl group on it.  The most common drugs (besides NSAIDs) that have been implicated in membranous nephropathy have a sulfhydryl group, including captopril and penicillamine.  Something about the way the sulfhydryl interacts with proteins in the body triggers an immune response that has downstream effects that damage the kidneys.  This is all speculation, but it's the best hypothesis our nephrologist has.  It's a hypothesis that's impossible to prove, and we can't really take him off the drug anyway.

Everyone with cystinosis takes this drug.  Why hasn't anybody else every developed membranous nephropathy?  Good question.  If you search the published literature for a case of cystinosis with membranous nephropathy, you won't find one.  Our nephrologist is going to write a case report about Sam, to get it on the books.  Just because it's never been published before, doesn't mean it doesn't happen.  Other kids with cystinosis do get protein in their urine.  Usually it's during the teen years, when the kidney is progressing toward needing a transplant.  At that point, people rarely get biopsies.  The doctor just blames it on cystinosis and the patient gets a transplant.  A lot of patients don't routinely get their urine checked, either, so if there is protein in the urine, it is not being detected.  It would be a really interesting study to collect urine samples from a bunch of cystinosis patients to see what the prevalence of albuminuria in the general cystinosis population is . . . I might have to do that study one day.

Enough of the speculation.  What is the plan?  Well, since it's an autoimmune disease, our nephrologist wants to start with prednisone.  We are going to try three months of high dose prednisone to see if we can shut it all down.  Prednisone is cheap and it's been around forever.  Anyone who has ever taken it will tell you it has side effects.  One of the side effects in children is "orneriness."  At least we have something to blame when Sam throws a tantrum!  Another side effect, and maybe a silver lining, is increased appetite.  Sam has only been on the medicine for 4 days, but we can already see this in action.  He shovels in the food, and then comes back for seconds and thirds.

The other medicine Sam is starting is lisinopril, an ACE inhibitor.  This medicine decreases filtration through the kidney, reducing how much protein leaks out.  It is a blood pressure medicine, so we are starting on a real small dose to make sure Sam can tolerate it.  It can bump the creatinine too, so we have to be really careful when he gets dehydrated.

We got some more bad news last week as well.  Sam's cystine level came back at 1.99.  It is supposed to be below 1.  His levels have been really hard to control ever since he switched to swallowing pills, and since he started school.  It screwed up our whole schedule.  We went up on the dose of Procysbi, and we are also stopping night feeds, since the Boost formula negatively affects Procysbi absorption.  It's nice for Sam to not have to do night feeds anymore, but we do worry about him getting enough calories.  Hopefully starting the prednisone will balance that out.

So that's the plan. Prednisone for 3 months, lisinopril probably indefinitely.  We'll be checking labs every 2-4 weeks and hopefully get things under control.  If prednisone doesn't work, we'll be moving to the next line, which would probably be rituximab and cellcept.  Our nephrologist said he would never use cyclophosphamide or cyclosporine in someone Sam's age (sigh of relief).  Too many side effects.  He is actually pretty optimistic that we can get the disease into remission, which is reassuring.  We'll just have to wait and see.

Thanks for all your prayers and kind words of support.  They mean a lot.
Posted by stevesie at 6:27 PM No comments: 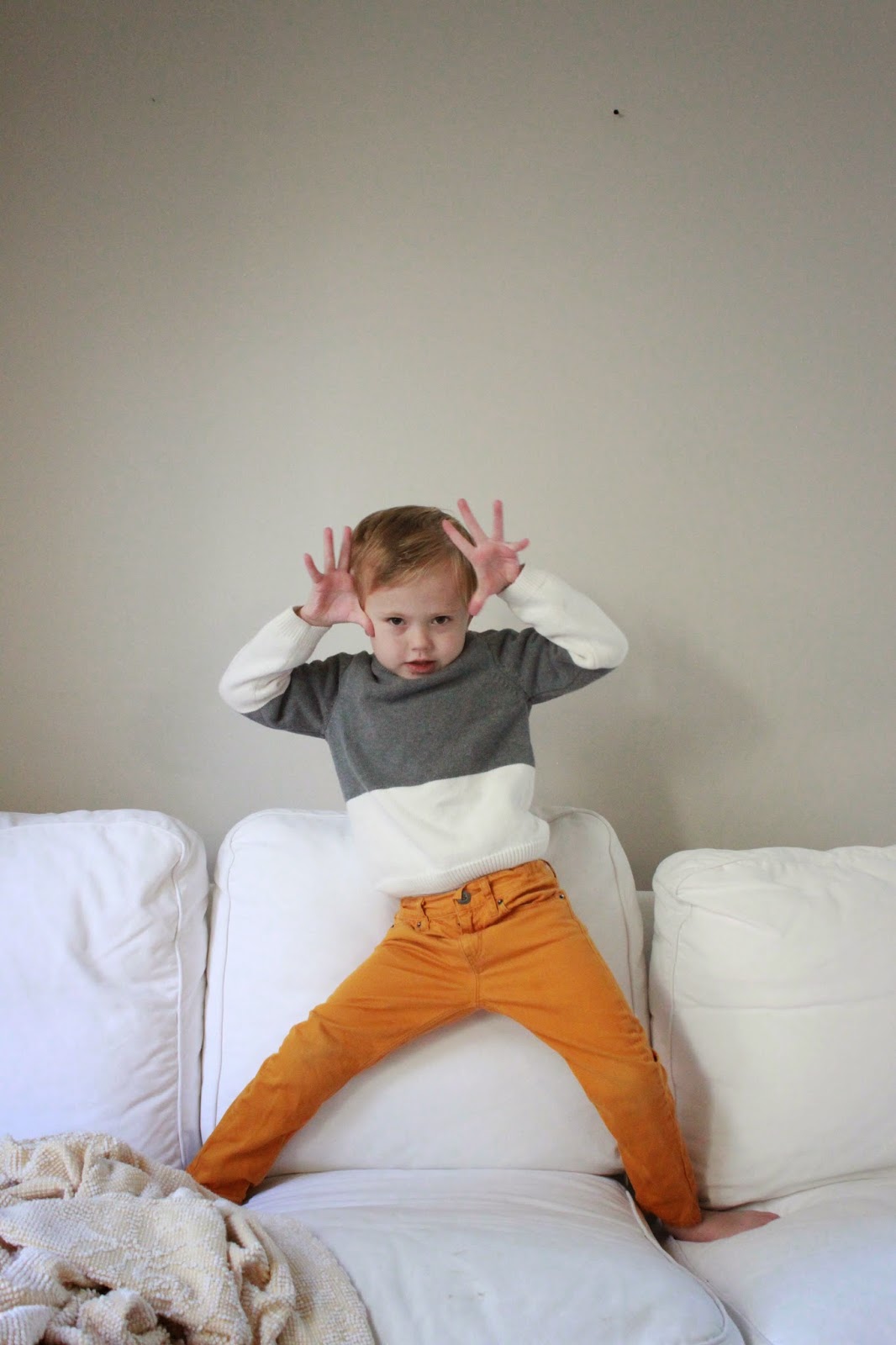 We got the preliminary results back on Sam's kidney biopsy from the nurse practitioner.  We still haven't heard back from our nephrologist (!!!), so we have a lot of unanswered questions.  It was not what we were expecting at all.  The most common cause of nephrotic range proteinuria in kids is minimal change disease, something that responds pretty well to a course of steroids.  That would've been "good" news.  The bad news we predicted was that the biopsy would show scarring from cystinosis, something irreversible and an indicator of progressive kidney dysfunction, likely requiring transplant earlier in life.  What we found was a whole new version of bad news.

The pathologist found membranous nephropathy, a microscopic pattern that makes doctors cringe with painful memories of cramming for exams.  Membranous nephropathy is certainly on the list of things that cause protein in the urine, but it wasn't on our list.  It's fairly uncommon in adults, and from what I've read, it's pretty rare in children.  So how about that? Sam has two rare diseases.

What causes membranous nephropathy?  The most common cause is "idiopathic," meaning doctors don't know exactly.   Other causes include lupus, diabetes, certain drugs including gold salts and NSAIDs, hepatitis B, and some cancers.  But what causes it in kids?  The most common cause in children is the autoimmune variety.  That means Sam's body has probably made antibodies against something in his kidneys.  A possible target is the phospholipase A2 receptor.  Sam is getting tested for that antibody today.

Autoimmune diseases are treated with immunosuppressant medications.  Membranous nephropathy is treated with cyclophosphamide, a chemotherapy drug, or tacrolimus, cyclosporine or mycophenolate, all drugs commonly used in organ transplants.  We will also most likely have to use an ACE inhibitor too, to help reduce protein leakage.  New medications with new side effects, some of which are pretty terrible.  With therapy, about half of cases will go into remission.  About a third of cases go into remission and then relapse later.  The rest are progressive, leading to end-stage renal disease.

So you can see how this is bad news.  Before we were "just" battling a rare genetic disease, with a glimmer of hope that it could be cured with stem cell transplant.  Worse case scenario before was that Sam would still have to get a kidney transplant, but we were going to beat the odds.  Now he has something else attacking his kidneys -- his own immune system.  Now if he gets a kidney transplant, there's a chance the antibodies will attack the new kidney too.

We were finally feeling adjusted to our life with cystinosis.  This is the kind of situation that makes you look up into the heavens and ask, "Anything else?"  We have always tried to be optimistic, but this feels a little like running into a brick wall.

The silver lining is that there wasn't a lot of scarring.  There was some "focal" glomerulosclerosis, but not widespread.  And there weren't a lot of cystine crystals, either.  So I guess we can feel okay about the efficacy of Procysbi.  We had been worried about that, blaming ourselves for getting Sam in the trial when he was so young, before it had been tested in children.  At least we can put that to rest.

Sam is a fighter.  Literally, you should see him beat up Lars.  This is the biggest curveball yet in our journey with chronic disease.  If there's one thing I have faith in, it's that Sam is not going to let some histologic mouthful stop him from living life to its fullest.  He can still become a ninja, doctor, pilot, spy, or whatever else he comes up with next.
Posted by stevesie at 8:08 AM 8 comments: